Recently someone who has spent a great deal of time in quite a few fitness facilities commented to me “People actually change here.” He went on to explain that at other places he’d been, he’d see the same people day after day, week after week, year after year and that for the most part, they looked the same day after day, week after week, year after year. Nearly 10 years ago now, Thom and I set out to create a place where people could train without the intimidation of a traditional gym but still train seriously without the distraction of the latest fitness craze. The data point this person provided was a useful one and I’ve been mulling it over ever since.

Here’s what we know, in order to get results you must be consistent – FIT is conducive to this based on the nature and structure of scheduling time; however, this alone is not the secret as there are many who go to the gym regularly who don’t get results. I would love to believe that we have discovered some new training method that has made it easier for our clients to see measurable change but I know this is not the case. Intensity. 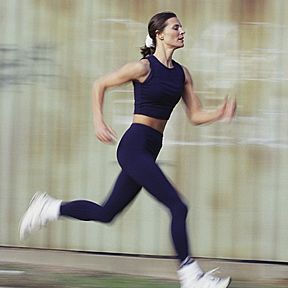 Intensity is the difference between just going to the gym and true transformation. This is true of most things in life, if you simply go through the motions you will not get as much out of anything you do as you will if you give it your all. Clients frequently comment that they would not work as hard if they were training on their own which means we are doing our job, but could both client and trainer do better?

The art of training involves knowing when and how hard to push a client. As a business, we need to be wary of being known for pushing people hard as there’s some sort of negative connotation to it in the mainstream which begs a question- Why is there a negative association with working hard, pushing yourself to the limit under the supervision of a highly trained expert? What are people afraid of?

USOC Olympic Coach e-magazine recently publishing an article characterizing expert coaches in elite performance, irrespective of the sport. The qualities that were highlighted: life-long learners who approach almost everything with an open mind; problem solvers who have built a network of service providers to help; the ability to develop and sustain relationships in which trust and respect are in ample supply. We strive to hire and cultivate these qualities in every trainer at FIT. While personal trainers are available at most fitness clubs and facilities, expert coaches are not. While a certain degree of caution is useful to self preservation, knowing when to put your trust and faith in someone else can be beneficial as well.

The thing about intensity is that it’s not the same  for one as it is for the next.  It relates to intent and should be free of guilt and full of effort.  Put simply, if you try your hardest, you might not reach the goals you’ve set, but at least you know you put everything you had into it and can more accurately assess what’s not working so you can fix it.

Tonight I attended a lecture presented by the executive director of the Greater Good Science Center at UC Berkeley – an institute that promotes the study and development of human happiness, compassion and altruism.  There was much that Dr. Christine Carter said that was interesting  but one point in particular resonated with me regarding mindsets.  Her point was this, we are predominantly a ‘fixed mindset’ society meaning that for the most part we believe success is based on in-born talent . . .”she is smart, she is athletic, she is talented.”  The happiest people have a ‘growth mindset’ and thereby believe that success is attributed to hardwork, passion and practice in addition to innate ability . . .”You do x, y, z really well.  You must practice a lot.”  As I was listening to this and had this article in the back of my mind, I began thinking about the fear people express or the unwillingness people have to push themselves physically and I wonder if this mindset thing isn’t some of the battle. . . “I’m uncoordinated, I’m not athletic, I’m overweight . . .while these statements might be true, what is true is that if you work hard at it – be it a skill, a lifestyle, a sport – you will get better at it than if you don’t.

This entry was posted in Healthy Lifestyle.

So Much to Do, So Little Time 7 Habits of Fit & Active People