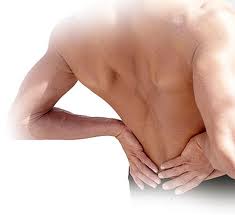 ScienceDaily recently reviewed an interesting study examining the effect of exercise on nerve pain such as that caused by trauma or diabetes. The study suggests that “Exercise helps to alleviate pain related to nerve damage by reducing levels of certain inflammatory factors.”

The Nitty-Gritty
Previous studies have suggested that inflammation (including pro-inflammatory cytokines) play a significant role in the neuropathic pain response to nerve injury. Researchers found that exercise led to an increased expression of a protein which may have contributed to a reduced expression of the inflammation-promoting cytokines in sciatic nerve tissue.

Why We Care
When dealing with nerve pain that cannot be controlled with conventional pain medication, many attempt to regulate nerve pain using antidepressant drugs or others that carry unwanted side effects.
We know that exercise can help reduce pain in people with chronic conditions, so why not also in those with neuropathic pain?
While exercise may not eliminate nerve injury pain, if it can reduce pain up to 50% as demonstrated in this study, this is a significant step in the right direction towards reducing the inflammation in injured nerve tissue.