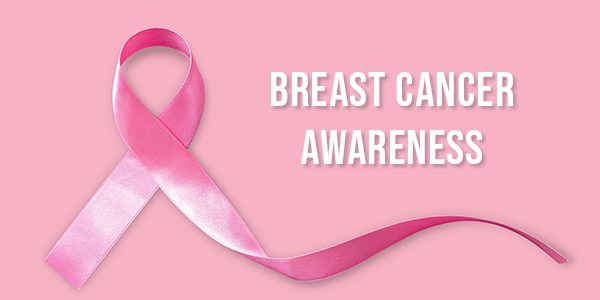 Every October I feel compelled to do something, to share something, to acknowledge, that like it or not, I am a representative of a community of which I would never have chosen, but am very grateful to be a part.  While public speaking does not come naturally to me, I could not say no when my 15 year old daughter asked me to share my story at a breast cancer awareness event at her high school this past week.  This month being dedicated to celebrating survivors, honoring those we have lost, raising funds and awareness, I’d like to share my story and some thoughts with all of you, members of another of my cherished communities, my FiT Family.

When I’m asked about my story, I struggle with where to start as breast cancer has been an unwelcome companion of sorts for most of my life.

I was 9 years old when my mother was diagnosed with breast cancer at the age of 36 and had a single mastectomy.  I was 11 when she had a recurrence and underwent a year’s worth of chemo with a course of radiation mixed in.  This was before breast cancer awareness was a thing.  There was no internet to speak of, nor breast cancer organizations, that offered support to her nor my family.  My mother’s diagnosis and subsequent treatment were spoken about in whispers.  Hard to imagine, with how openly it is spoken about these days, but back then, it was the ‘c’ word.

I remember being terrified and helpless with my only support being my immediate family and my best friend, who while wise, was also 9 years old.  I am happy to report that my mother, who is now a 3 time cancer survivor, recently celebrated her 75th birthday!

As our family’s experience with cancer moved into the rearview mirror, I went about my life.  I knew I was supposed to do self exams but, if I’m being honest, I was not particularly vigilant about them.

In 1994, the breast cancer gene was discovered.  I was a sophomore in college, and my sister was preparing to start business school.  Our mother spoke to her doctor,  who practiced out of a major cancer institution in New York City, to ask about testing for the gene. She was told not to worry about it since she was the first woman in our family to be diagnosed with breast cancer.  We all breathed a sigh of relief.

Fast forward a few years and I am now 29 years old.  That year I got engaged to the love of my life, trained for and completed my first (and only) Ironman triathlon and was diagnosed with breast cancer … in that order. Ironman, for those of you who don’t know, is a 2.4 mile swim, followed by a 112 mile bike ride, followed by a 26.2 mile run- yes, all in the same day:) Suffice it to say, I was arguably in the best shape of my life and looking forward to my wedding in 6 months time.

One afternoon, a few weeks after the race I was getting changed after a workout.  As I performed the contortions required to get out of my sports bra, my fingers grazed a lump that I hadn’t noticed before. I will spare you all the details but suffice it to say my doctors didn’t expect a healthy 29 year old in great shape to present with breast cancer. No mammogram was ordered, no ultrasound, no MRI. I was sent home with a recommendation to use hot compresses and triple antibiotic ointment. With the lump still there after following the doctor’s recommendation for a few weeks, I returned and asked if it could be removed. This request likely saved my life. Had I known then what I know now, I would have asked for imaging not surgery but, as it turned out, surgery was inevitable anyway.

Following my diagnosis,  I received chemotherapy, lost all my hair, got married having a wigs optional wedding, and underwent radiation treatment – again, in that order. Six months after completing treatment, we learned we were pregnant with our son, Jake. Next month will mark 19 years of survivorship.

I am grateful that we, as a society, recognize a point in time to remind our communities to be vigilant, that efforts to support women and men dealing with breast cancer need our support, and to raise awareness.  Prior to speaking at my daughter’s school though, I was a little shaky on what was meant by ‘awareness’ as it often feels like an explosion of pink when October rolls around without a ton of substance andI don’t think there is a single person reading this who is unaware of breast cancer.  Still, there is much that is misunderstood or about which many people are unaware so wanted to raise awareness about these things.

In the United States, despite a lower rate of incidence, age-adjusted breast-cancer mortality is about 40% higher among Black women than among non-Hispanic White women. Raising awareness, educating and supporting black women in our community and beyond should be a priority for any breast cancer campaign as this statistic is nothing less than unacceptable.  This is awareness.

Breast cancer is the second leading cancer cause of death in women; it is the leading cancer cause of death in women aged 30-39. Breasts are not a life sustaining organ meaning breast cancer when contained to the breast is not deadly. The key here is vigilance- self exams, annual medical exams, prioritizing any abnormalities you find because breast cancer in young women tends to be highly aggressive, and not allowing your concerns to be minimized due to your age, race or apparent state of health.  While it is still a ‘rare’ disease when found in young women that doesn’t mean it’s something only your future self needs to be concerned with! This is awareness.

Many people believe they are at risk of breast cancer because a family member had it.  I received genetic testing after my diagnosis and learned that I do carry the gene, as do both my sister and my mom who were tested after I was found to be a carrier. Turns out having a relative who is diagnosed before the age of 50 and being of Ashkenazi Jewish descent both increased the chance that my sister and I could be carriers of the gene but that wasn’t known back in 1994.  There are two known genetic mutations that increase risk of developing breast and ovarian cancers referred to as the BRCA1 and BRCA2 mutations. Bear in mind that in the US genetically linked, or hereditary, breast cancers account for 5-10% of breast cancers in women and 5-20% in men meaning the genetic mutations we know about, and can test for, do not play a role in the majority of breast cancer diagnosis.  Still, many people who believe they are at high risk delay genetic testing for fear of the result which is a personal choice that is not up for debate as far as I am concerned.  However, if you believe you are at high risk, you must speak to your doctor to determine if, in fact, you are.  If you are, you must be as diligent about screening as you would have been had you tested positive for the gene.  This is awareness.

There is ever growing and, oftentimes, conflicting information out there about how best to screen for breast cancer and when to start.  Self exam is non-invasive and takes a matter of minutes.  Knowing what ‘normal’ looks and feels like can be the difference in early detection.  Learn how and make self exams a monthly habit- the more familiar you are with your body, the easier it will be to notice if there is a change. Check in with your mom or your sister or any woman you love to see if they have done theirs and if they are up to date with their medical screenings.  This is awareness.

Some additional information from one of our clients Allyson Spence, MD, PhD, an oncologist at Stanford, who offers the following recommendations for detecting signs early on.

One last note, related but slightly off topic note, about doing hard things.  While I didn’t endeavor to complete ironman, or any of the other endurance events I chose to participate in for that matter, to ‘prepare’ to face cancer, I can think of no better preparation.  The discipline, fortitude, mental strategies and resilience I developed through training and competing gave me the confidence to know I could do whatever was required for however long I had to.  See, I was not, and am not, naturally inclined toward endurance events.  Honestly, I hated running until I trained for my first marathon.  I still don’t really like biking but did what I had to do, logging hundreds of miles training and racing.  I learned that I can do hard things even when my body, my mind, or both say otherwise.  I learned to be strong in the face of adversity because there is a lot of frustration and disappointment that comes with taking on challenges and doing hard things.  While I thought all of this learning was about the race and the accomplishment, it turns out it was about much more.  None of us know when we will be forced to face hard things which is why voluntarily doing them from time to time is so important as it prepares us for the inevitable challenges, big and small, that are a part of life.

I share this in honor of breast cancer awareness and as we prepare for our annual Fight Gone Bad challenge in hopes of encouraging each of you to consider participating.  Do hard things – Push yourself beyond your comfort zone, learn that your mind and body are capable of more than you give them credit for, and celebrate the strength and resilience you have developed by showing up and taking care of yourself week in and week out!

While becoming more aware can be scary, there is much to celebrate this month.  Most importantly, over the past 3 decades there has been a steady increase in the number of women who are alive and thriving following diagnosis and treatment.  And while we still haven’t figured out how to prevent it, we are not helpless.  We can be vigilant, we can raise awareness and offer support to people of color in our community, we can know our bodies, and we can help hold one another accountable for staying current on screenings.  Knowing that physical activity reduces risk we can find the willpower to stick with it even as days grow shorter and cooler in coming months.  And, we can choose to do hard things so whatever obstacles lie ahead, we are physically and mentally prepared to overcome them.