After our final CrossFit class on Wednesday night, and it was time to lock up, Nathan sat on the bench in the weightlifting area slowly putting away his weightlifting shoes for the last time until Thanksgiving.
“Bear,” as he is affectionately known by the other weightlifters at Barbell Club, graduated  from high school in June and is leaving this week to begin a new chapter in his life at Colorado State University, Colorado Springs.
Why Colorado Springs? Because it’s home to the United States Olympic Training Center.
Let’s back up the story a bit. When Bear first walked in to FIT (back then, he was just “Nathan”) five years ago, he was a scrawny, awkward 12 year-old. Bear had played several sports, but had yet to really find that thing that he loved to do, the thing he could really be good at. 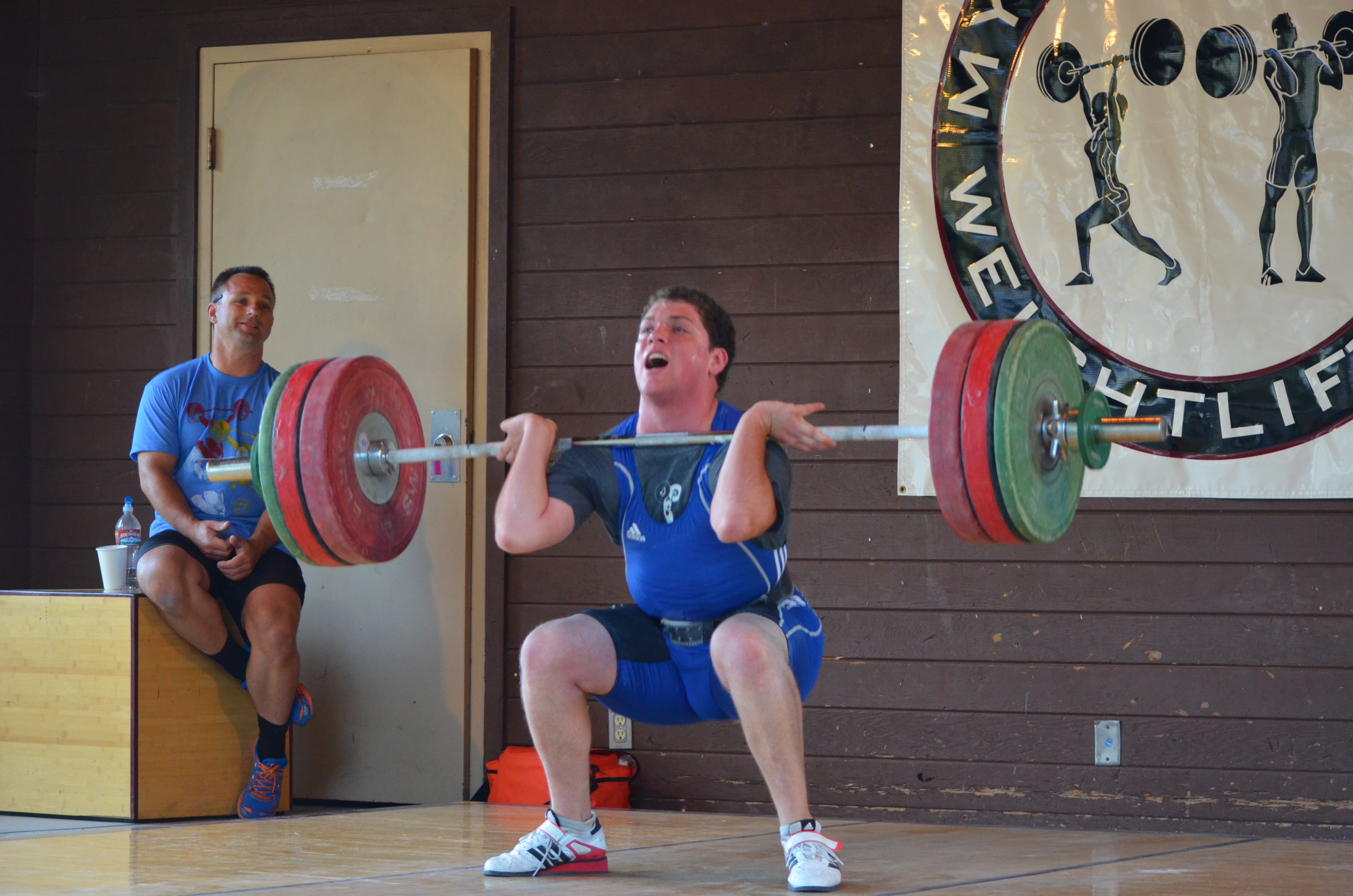 Fortunately for Bear, Rob was glad to have a new, eager member of FIT’s Barbell Club. And fortunately for Rob, Bear was eager to learn and master the snatch and clean and jerk.
Over five years, Nathan transformed into “Bear,” his alter-ego. Bear went from learning how to snatch, clean, and jerk with just a training bar to snatching 110kg and clean and jerking 145kg at at the Junior National Championships. Bear went from learning body weight squats, to squatting 100kg on his 14th birthday, to squatting 200kg on his 18th birthday.
That is what Rob likes to smugly call “decent progress.”
Bear’s tenacity, commitment, and passion to keep pushing the limits has earned him an opportunity to train part-time at the Olympic Training Center with the best coaches, lifters, and resources in the country. The best part is that bear will be able to go to school full time and embrace a fantastic opportunity to learn and grow as a person, not just as an athlete.
Barbell Club will not be the same without Bear, but Rob and the entire staff at FIT wish Bear much success in his adventure in school and weightlifting.
Bear, you will truly be missed.